What are your legal options when a partner steals from the business?

Say you have a business and one partner has stolen a couple hundred thousand and that same partner's dad is the book keeper and basically drove the company to bankruptcy, what can be done? 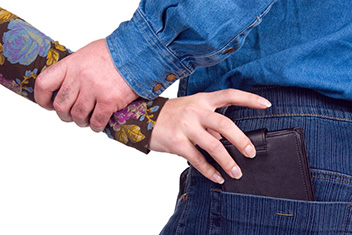 This question asked is short, but it sounds, from what little detail is given, that at least two things are going on.

First, it sounds like a partner stole quite a bit of money from a business. While it is unclear whether the business was being run as a partnership or a corporation, it likely doesn't matter, as the so-called "partner" sounds like one of the key people operating the business. Therefore, whether he or she is a "partner" of a true partnership, or a "director" or "officer" of a corporate entity, the result will likely be the same, and that person will likely be liable for theft of the money.

This is because both partners (of partnerships) and directors and officers (of corporations) owe their partnerships and corporations what we lawyers refer to as "fiduciary duties", which represent the highest and most onerous obligations that one person can owe another at law. Fiduciaries must always act in each others' best interests, and cannot take for their own advantage anything belonging to the people to whom they owe their duties. Besides partners and directors/officers, other examples of fiduciaries are

It seems on the facts described that not only would there be a clear civil case against the "partner" for theft of the money, but that the partner, in stealing the money, would very likely be found to have breached his or her fiduciary duties to the partnership/corporation. Assuming the theft was proven in court, the money would very likely be ordered returned, as well as any other gains from the theft. If the theft resulted in the business going bankrupt, as the question implies, a claim might be made out that the damages were the value of the business, which could substantially increase the size of any claim against the thief.

Second, there is the issue of the father, who was the partnership's bookkeeper. The liability of the father will depend entirely on what he knew about what was going on, and what he assisted his son to do, if anything.

If the father was complicit in the theft - by covering for his son, for example - then the father would very likely be liable for conspiring with his son to steal the money.

If the father was simply the bookkeeper at a time when his son, unbeknownst to him, was stealing money, then it is unlikely that the partnership/corporation can recover against the father. However, the partnership/corporation will want to obtain legal assistance and analyse the facts of the situation very carefully to determine whether the father owed it a duty as its bookkeeper to watch for theft, and whether he ought to have detected the theft and warned someone. Again, this paragraph assumes the father was not involved in the theft.

I hope this answer provides some ideas as to possible actions and recoveries. Given how important the question, and how very small factual changes in the situation might drastically change what the partnership/corporation ought to do, I strongly encourage the business owners to seek proper legal advice about this situation, and not rely on my general comments above, which are for discussion only.

Click here to go back to Ask-an-Expert index page.

Jonathan Mesiano-Crookston is a lawyer with Goldman Hine LLP (www.goldmanhine.com), a boutique law firm in Toronto that advises both franchisors and franchisees.  Please note that this article is not intended to be specific legal advice, and you should see a lawyer immediately if you think you need legal advice. Connect with Jonathan on Google +.