The Hidden Realities in Franchise Financing 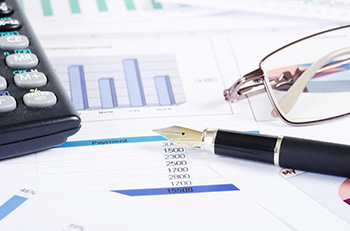 There are many myths and misunderstandings surrounding franchising. None, however, are as pervasive and as dangerous as those dealing with financing.

The first cold reality which confronts the new franchisor or the franchisor borrowing for the first time, is that there are no "hard" assets in most franchise systems.

Even though there may be real value in the trademarks and franchise agreements and possibly the leases in a franchise system, the classic scenario is that the franchisor is borrowing against cash flow and nothing more. This is always a tough way to finance, but is even tougher for the franchisor, because many would-be lenders and investors can't put the strengths and weaknesses of a franchise system in proper perspective.

To set up the franchise system initially and to guide it through its first few faltering steps requires the drive and time of the owner of the business.

It is difficult, if not impossible, to have a franchise succeed under the hand of the hired "director of franchising", no matter how capable that person might be. The reality then is that the owner of the business will have to take his/her time away from the original business, which usually translates into a hidden cost of the franchise expansion, when that aspect of the business, as a result, becomes less productive.

Then there are the head office costs typical to any business, but with some unique aspects.

In franchise systems there is the need for field representatives, who check on and liaison with the franchisees. There must be a more extensive communications capability than would usually be the case with a network of managers, who are told what to do, as opposed to franchisees, who must be convinced what to do.

There is nothing remarkable about these costs, until one tries to cover them with a rather paltry revenue stream generated from a mere 4 to 8 per cent (typically) of gross revenues from a handful of franchisees. It is not unusual for a franchisor to be operating at a loss until as many as 10 franchises are up and running.

But isn't franchising itself an alternate form of financing the expansion of a business? Can't a business person merely sell 10 franchises at $25,000.00 for each front-end franchise fee and have a quarter of a million dollars to finance the expansion of the system? These are the simple assumptions, often made, which lead to disastrous consequences.

Yes, franchising is an alternate form of financing a business expansion, but only after the "pump is primed" and the system has enjoyed some measure of success. The neophyte franchisor has to find an initial $40,000.00 to $50,000.00 of seed capital at a bare minimum to: adapt the business concept for franchising, create an operation manual, write marketing brochures, formulate pro forma financials, put in place financial controls on the franchisees, put together the legal documents, etc.

No, the front-end franchise fees, unless they are set at unrealistically high levels, won't provide even this minimum level of funding.

Why? Because the franchisor, who is doing it right, will spend, directly or indirectly, as much or more on each of the franchisees as is received from them for the front-end franchise fee.

The real costs and opportunity costs of establishing each franchise in a typical business format franchise system include: the costs of selling the franchise (including advertising, travel and sales commissions), site selection and lease negotiation, training the franchisee, assisting in the establishment of the unit, opening assistance and intensive support during the first few months of operations. Sales commissions alone, if an outside franchise salesperson is used, can run as high as $10,000 to $15,000, which is in some cases 50% or more of the front-end franchise fee.

Everyone faced with the daunting task of evaluating the cash flow potential of a franchise system, especially the businessperson considering franchising as one of several expansion alternatives, must take into account certain matters, which are not always readily apparent.

Firstly, it is very common for a new franchisor to make special deals with the first few franchisees in the system and charge a reduced front-end franchise fee or none at all. The cash flow deficiency thus created with respect to those franchise sales must be financed from somewhere.

The costs of franchise sales in the initial growth stages of a franchise system will be much higher than will be the case in later stages, because of the lack of ready acceptance of the business by potential franchisees, the inexperience of the new franchisor in the franchise selling process and because the direct costs, such as advertising and sales support staff and facilities, have to be amortized over fewer franchise sales.

Unquestionably, the greatest single source of revenue for a franchisor should be and usually is the royalties received from franchisees. However, even in the best of franchise systems, some franchisees can't or won't always pay their royalties promptly. This must also be factored into the assessment of the cash flow of any franchisor. To do this though requires almost a clairvoyant ability in judging the relationship between the franchisor and his/her franchisees.

The next best source of revenue for a franchisor comes from product distribution directly to the franchisees or the rebates and other benefits accruing to the franchisor for sourcing and securing third party suppliers for the system.

It is not uncommon for a new franchisor to see only profit potential in the direct distribution of products to the franchisees and overlook the simple truth that a solid distribution network takes time and capital to develop. On the rebate side, the hidden reality is that the suppliers will build the rebates into the prices being charged to the franchisees, who, in a soft economy, may simply not be able to absorb the extra costs, which makes that source of revenue uncertain for a franchisor.

All too often these days, otherwise good franchise systems fail. Sometimes, the causes are beyond anyone's control, but in many cases, a better understanding of the less obvious factors affecting the finances of the franchisor could have saved the situation. Without doubt, that understanding is a mandatory precondition for anyone dealing with a franchisor, whether they be franchisee, banker, supplier or lessor.

Ned Levitt is a partner with the Aird and Berlis LLP Corporate/Commercial Group and Chair of the Franchise and Distribution Law Group. Ned has over 35 years experience practising franchise, licensing and distribution law.