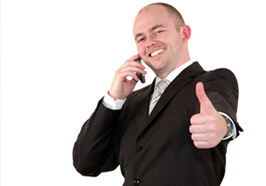 If you are frustrated by 3-year contracts, lack of competition and exorbitant roaming charges in Canada's mobile space, you are not alone. The good news: Changes are coming that will help reign in some of the practices that most infuriate Canadians.

As the new code is not retroactive, it critical for anyone about to enter into a new mobile contract to become informed about when and how the new changes will take effect.

The Canadian Radio-television and TelecommunicationsCommission (CRTC) has announced two major changes to its wireless code that will impact extra data charges, locks on phone, cancellation terms and early termination fees.

Also, in an associated move, the federal government has announced that it will not allow existing telecom companies to restrict competition by buying up undue amounts of wireless spectrum.

The CRTC's changes to the wireless code will come into effect on December 2, 2013 and will affect both individuals and small businesses in Canada. Here are highlights of what you can expect.

Who will the new wireless code affect? In a word: everyone. All service providers in Canada will be required to follow the code.

However, there are some nuances to the timing of how this will affect people who have a current cellphone contract. Anyone entering into a new contract between now and December 2nd would be wise to ensure that they will benefit from these new terms, as they are not retroactive.

Before signing up for a new contract, it is important to understand that anyone who signs a contract after Dec. 2, 2013 will benefit from the updates to the wireless code, but people on existing contracts will need to wait until their current contract expires to receive the benefits of these new terms.This affects not only the contract duration, but also the extra data caps and unlocking of phones.

A CRTC representative explained that all contracts will comein line with the new code by June 2015 and expects to see some mobile carriers offer incentives to encourage Canadians to sign-up for new contracts before December 2nd.

These updates are positive changes to a marketplace where consumers have often felt they had little choice or control. CRTC chairman, Jean-Pierre Blais, noted that consumers also have a responsibility to educate themselves to help make the best choices when choosing a provider.