In breaking news, the Canada Revenue Agency (CRA) has announced that approximately 900 Canadians have had their personal information compromised by the HeartBleed vulnerability. The current analysis indicates that 900 taxpayers had their social insurance numbers (SIN) removed from CRA servers. It is possible that some business information may have been removed during the breach as well.

CRA will not call or email people, so if you receive any such communications beware: it is a scam. Rather, CRA has announced that it will send registered letters to affected individuals. A dedicated 1-800 number will also be available with further information.

The CRA systems are now back online and this year's tax deadline has officially been extended to May 5, 2014. 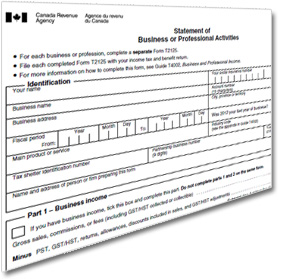 With access to its online tax filing services currently shut down to the public due to the OpenSSL/HeartBleed bug, the Canada Revenue Agency (CRA) has announced that it will extend the tax filing deadline for Canadians.

While the CRA expects to have the service up and running again by Monday, April 14, it notes that service will not be resumed until it is sure the security risk has been closed.

"We continue to anticipate the resumption of e-services over the weekend, once we have assurance that the security risk has been addressed," reads a notice posed on the CRA website on April 12.

Self-employed Canadians have until June 15 to file their tax returns, but are still required to pay any balance owing by April 30.

Online tax filing continues to increase in popularity, with the CRA noting that as of March 31, 2013 it had already received 6.7 million tax returns, of which 84 per cent were filed online, an increase from 80 per cent last year.

We will continue to update this article as more information becomes available.