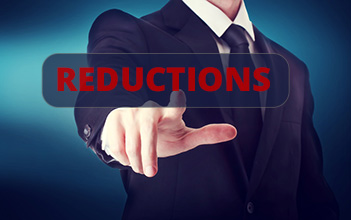 QC — Businesses take note: Many changes are coming as the government attempts to balance its budget, including reductions across almost 30 tax credit programs and a focused effort to target the underground economy.

In its 2015-2016 budget the government has introduced cuts in many areas, but there are also several places where spending will increase.

Here is an overview of what businesses can expect.

The budget will reduce tax credits in 28 different programs, including the Science Research and Experimental Development (SR&ED) program.

Affected programs span many sectors and include:

For example, tax incentives in the creative industries will see cuts to the labour portion companies can claim for salaries paid on film and television, book publishing, multimedia development, design and sound recording production projects.

For example, the tax credit available to new financial services corporations that hire employees will drop 6 per cent, from 30 per cent to 24 per cent — with 6 per cent being 20% of the original 30 per cent rate.

Elimination or Suspension of Past Promises

The 2014-15 Budget also suspends or eliminates several tax measures that benefited businesses and had been introduced after September 2012, in five areas as follows.

Budget 2014-15 also makes it clear that the government will step up its effort to target tax evasion.

Recovery efforts will focus on tax credit fraud, as well as companies and individuals who work for cash in the underground economy.

Bars and Resto-bars will also need to prepare for change, as they will be required to install sales recording module (SRM) technology in their establishments by June 1, 2015. The technology has been mandatory in restaurants in the province since November 1, 2011.

Finally, unreported networks that set themselves up as employment agencies, which exploit workers and fail to comply with employment law, will also be targeted with measures designed to prevent tax evasion as well labour law violations.

The provincial budget does introduce new spending and incentives to benefit small and medium-sized enterprises (SMEs), as follows.

Créativité Québec program: This new program will have a budget envelope of $150 million over 3 years to support the innovation and performance of SMEs by funding innovative projects.

Support for exports: Export Québec will receive $20 million dollars over 3 years to help businesses in the province develop, consolidate and diversify their markets outside the province.

Equity financing: The government will add $25 million in capital available to the Anges Québec Capital fund and participate in the creation of a new venture capital fund in the province, in partnership with the private sector.

Community loan programs: Local investment funds will be able to postpone the repayment of their loans until December 31, 2015 and the capitalization of the Fiducie du Chantier de l'économie sociale will be increased by $2.5 million.

Post-secondary accelerators: University entrepreneurship centres in the province will receive an additional $500,000 over 3 years to support the creation and development of technology accelerators.

Immigrant investors and entrepreneurs: This program will be revised to help ensure the best candidates are attracted to the province.

Women in business: The government will provide the Réseau Femmessor with an investment of $9.5 million over 5 years to help bolster support for entrepreneurship among women.

Red tape reductions: The government has committed to cut the cost of administrative formalities imposed on businesses by 20% by the end of 2015.

For the full budget details, you can view the Budget Plan online:
http://www.budget.finances.gouv.qc.ca/budget/2014-2015a/en/documents/BudgetPlan.pdf