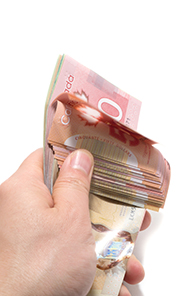 There is a lot of buzz amongst start-ups and small businesses as seven provinces have announced they are inviting comments on proposed rule exemptions that would legalize equity-based crowdfunding.

Equity-based crowdfunding differs from crowdfunding models popularized on sites like Kickstarter and Indigogo. Instead of seeking donations or pre-selling products, actual securities like shares or promissory notes are exchanged for money.

With seven different regulatory bodies involved and two possible crowdfunding models, understanding what is happening Canada-wide is confusing, to say the least.

Murrison explained that Saskatchewan is currently the only province or territory in Canada where equity-based crowdfunding is legal. The province passing exceptions to its rules known as the Start-Up Crowdfunding Exemption in December 2013 to make that possible.

Now British Columbia, Manitoba, New Brunswick, Nova Scotia and Quebec are considering adopting the same model, including fundraising and investor thresholds, as well as the processes and forms required to complete a crowdfunding offer.

What is causing much of the confusion is Ontario's decision to release a different set of proposed crowdfunding rule exemptions, known as the Integrated Crowdfunding Exemption. Now, all of the provinces that had adopted or were looking to adopt Saskatchewan's Start-Up Exemption model have announced that they will consider adopting Ontario's as well.

At this time Ontario is only considering its own model.

Only three provinces – Alberta, Newfoundland and Prince Edward Island – as well as the territories have not made announcements related to possible crowdfunding rule exemptions.

Saskatchewan's model addresses the needs of start-ups and smaller companies. Their crowdfunding model is straightforward and works like this:

Under this model there are three limits that help to protect investors and minimize risk.

This infographic provides a good overview of the process that will be used in provinces that adopt Saskatchewan's model. Murrison noted that other provinces plan to adopt not just the overall process, but also the forms that need to be filed with the security authority in each province.

The Integrated Exemption model has the following requirements and limits:

Going forward with crowdfunding in Canada

At this time, all participating security authorities are inviting comments on the proposed rules until June 18, 2014.

Murrison explained that it is possible we may ultimately see many (if not all) provinces and territories adopt a single, unified set of exemptions and processes.

This is important, because legal variances across provincial borders can limit opportunities for both companies and investors.

It is a positive sign that the security regulatory authorities are moving forward with concrete proposals that could lead to other provinces beyond Saskatchewan introducing legal, equity-based crowdfunding options.

I would strongly encourage all small business owners and other stakeholders to submit comments before the June 18 deadline.