How Slow Can It Go? An Update on Alberta's Economy in 2015

With oil prices falling dramatically, Alberta, Canada’s oil-rich province, is sure to feel the impact. Just what will that impact be? In a recently released report, Chief Economist Todd Hirsch of ATB Financial, Alberta’s crown-owned bank, outlines what that impact may be for Q1 2015. 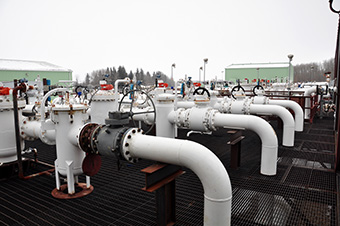 As oil prices drop, what is the impact to Alberta’s economy?

With oil prices falling dramatically, Alberta, Canada’s oil-rich province, is sure to feel the impact.  Just what will that impact be?  In a recently released report, Chief Economist Todd Hirsch of ATB Financial, Alberta’s crown-owned bank, outlines what that impact may be for Q1 2015.

The news is not all positive.  Since Alberta relies heavily on the oil and gas industry for its growth, the decline in crude oil prices will have a significant impact on all sectors and on the overall economy.

In the final four months of 2014 crude oil prices dropped 50% from the previous summer.  According to the ATB Financial Economics and Research team, this drop has negatively impacted the economic forecast for Alberta.

A drop in oil prices will have a ripple effect into all sectors of the economy.  Energy, construction, labour, manufacturing – all will feel the impact of declining investments.  More cautious spending, increased financial controls, a pull-back on implementing new projects, and a slow-down in hiring are anticipated results.

Unemployment levels are expected to be higher than in previous years.  Construction, real estate, wages, migration and manufacturing are set to see a softer Q1 2015.  Migration to the province from other provinces and internationally is expected to slow down although overall numbers are expected to remain positive.

Alberta will see a substantially slower rate of growth than in previous years.  ATB predicts the real GDP growth in 2015 to be about 2.0%, almost half of what is was in 2014 at 3.9%.

Overall, ATB expects Alberta to see significant impacts from the decline in crude oil and the falling Canadian dollar.  Alberta has enjoyed solid growth in 2014, but is expected to see substantial change in 2015.

The news is not all bad.   Alberta’s small and medium sized business owners remain optimistic for 2015.  Non-energy related sectors such as forestry, tourism, and agriculture will see benefits from lower oil prices and should have a strong 2015.  A lower Canadian dollar will help exporters and those in the tourism industry by making their offerings more appealing to consumers.

To read the full report:

Dianne Stott is a freelance writer in the Toronto area.