Hack Your Customer: A New Approach to Marketing Sales 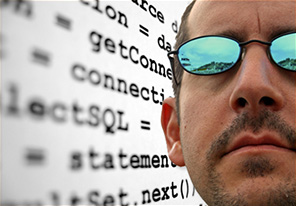 The world of marketing has come a long way, with new research in behavioural science helping us to better understand what truly motivates a customer to buy.

Research in the fields of neuroscience and neuromarketing — which sometime literally has researchers peer inside the human mind using fMRI technology — has shown that human behaviour is deeply emotional and often irrational.

These insights uncover new and powerful opportunities to better engage customers. Yet with so many "irrationalities" in human behaviour, putting the pieces of the puzzle together to understand how we can use this new knowledge can be a daunting task.

What is the solution?

Dan Ariely is one of the leading researchers in this field. He is a professor of behavioural economics at Duke University and has written three books: Predictably Irrational, The Upside of Irrationality and most recently, The (Honest) Truth About Dishonesty.

The best approach, he asserts, may be to approach this challenge like a computer hacker.

"So a computer hacker would take a computer algorithm and say 'the server sends this, and this comes back and so on' and then they would say where can I intervene. I think we should do the same thing for consumer analysis," says Ariely.

It comes down to a shift in thinking that starts with asking the right questions. For example, consider a customer that has just arrived at your door. Some questions to ask might include:

Next we need to look at the principles of behavioural science as tools that we can use to tap into by applying the right tool, at the time, to influence and change a customer’s mindset.

Understand what has the greatest impact

Let's say you know that customers typically spend $5 each time they visit your store and you want to increase the amount of money being spent. You decide that the best way to do this is with an incentive using coupons.

Would it be more effective to hand the coupons out before the customer enters your store, or once they are in the store?

Ariely performed this experiment, where his team handed out coupons that gave customers a dollar off when they spent $8 in the store.

“What happened was that the coupon was much more valuable and effective outside of the store rather than inside,” says Ariely. “Why? Because outside of the store people didn’t have a concrete idea of what they wanted. Once they crossed the door they looked at the stuff, they got a pretty good idea of what they wanted and now the coupon had a lower effect on how much they were willing to spend.”

Overcome the complexity of choice

Another thing we need to address, when thinking like a computer hacker, is the complexity of choice.

“What’s interesting is that you can easily regret choosing something. It’s not as easy to regret something you didn’t choose,” says Ariely. As a result, the path of least resistance is not doing anything differently. Something we need to overcome if we are hoping to change customer behaviour.

So the question to ask, if we are thinking like a computer hacker, is to ask how we can change these defaults by using the principles of neuroscience and neuromarketing.

It all can be simplified into the process of asking the right questions, at the right time, to create the opportunity to influence your customer’s buying habits.