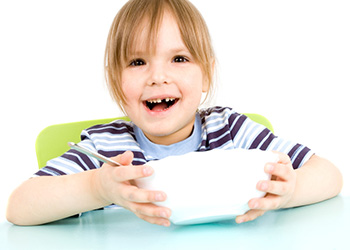 As the kids head back to school next week, over a quarter million elementary students can look forward to nutritious hot and cold lunches in their schools thanks to the vision and perseverance of Canada's most successful entrepreneur in this sector.

She is Ruthie Bird, who founded The Lunch Lady (www.thelunchlady.ca) in Markham, Ontario, 16 years ago. Initially a one-woman operation, the concept was to give busy parents a break, and address the dearth of cafeterias in elementary schools, by preparing and delivering nutritious, kid-friendly, hot and cold lunches.

Ahead of her time

Today, the concept sounds like such a no-brainer it comes as no surprise that The Lunch Lady is now the top lunch provider in Canadian primary schools. The company's customer base tops a quarter of a million, spans four provinces, and includes 42 franchisees, who deliver food to more than 700 schools in B.C., Alberta, Manitoba and Ontario.

But rewind to 1993, when Burd first attempted to launch The Lunch Lady, and you'll hear a classic entrepreneurial tale about a brilliant idea that was too ahead of its time to be quickly embraced by those it would benefit most.

Before getting into the lunch biz, Burd had racked up a seemingly unrelated track record that included everything from working with mentally handicapped adults in a sheltered workshop in Hamilton to starting a window blind business in Jamaica, teaching tax courses for H&R Block, working in retailing and, she says, "selling encyclopedias for precisely one day."

In 1993, Burd decided it was time to actually create the ideal job, for her own satisfaction and to help pay for her autistic son's therapies. She says The Lunch Lady seemed like a win-win-win option for herself, other parents and certainly children sorely in need of nutritious meals.

Unfortunately, the wisdom and viability of The Lunch Lady escaped everyone Burd pitched it to. "It took two years to get into the first school," she recalls. "The concept was just too novel and the general thought was that, except in areas of economic hardship, parents had no problem providing lunch for their kids."

After prodigious persistence on Burd's part, a single school agreed to accept menus from The Lunch Lady. But only one order was placed. "So," she says with her trademark giggle, "I made lunch for that boy and eventually a few others came along."

The decision to franchise

Slowly but steadily, Burd advanced to a day when she found herself preparing 460 lunches by herself, and realized that many more hands were needed.

"That," she says, "is when I knew I needed to look at some other options. You know, most entrepreneurs get to the stage where you basically have two choices: Do things differently or stop. Standing still isn't possible."

So Burd sought advice from franchise expert Jim Essex, who'd been one of her instructors in a self-employment course, and in 2000 he became her partner and managing director of The Lunch Lady's new franchise arm, The Lunch Lady Group.

But once again, patience and perseverance were demanded because no franchisees were attracted in the first year, and only one - Burd's own son - the next year. The ball didn't really get rolling until 2003, when seven Lunch Lady franchisees signed on.

With true entrepreneurial pluck, Burd says she was never tempted to give up on her big idea no matter what disappointments appeared. She adds that the early struggles just make the success she and the 12 employees in her corporate office now enjoy all the sweeter.

"And the last three years have seen our biggest growth because we've really defined who we are as a company and developed much more specific goals and a stronger head office team," Burd explains.

Given her impressive success story, Burd's appearance at all public outings - including an increasing number of television stints on shows such as CTV's Canada AM - can come as a surprise. Invariably, she shows up sporting a fluffy, red-checked apron and multi-coloured hair beads.

Her crazy-like-a-fox signature get-up is as much a key to her entrepreneurial success as Colonel Sanders' white suit and goatee is to KFC. Burd designed the eye-catching attire - and a look-alike combination logo-mascot named Lunchie - to personify her company and its services. The quirky costume is just the sort of instantly recognizable brand icon every business-wannabe dreams of creating - not to mention one of many innovations that make Burd an exemplar for other entrepreneurs.

A big part of The Lunch Lady's progress was one of the many innovations Burd has introduced along the way: Online menu ordering, which began in January 2008.

Time-strapped parents, who appreciated the convenience of poring over food choices whenever they have time, and simply paying with credit cards, immediately embraced the concept. The feedback, says Burd, "has been fantastically enthusiastic."

"This school year, we're introducing The Lunch Lady Café, which is a fixed-price meal for older and more adventurous kids in grades six, seven and eight whose taste buds are changing. For example, our fall menu offers an Asian chicken dish with ginger sauce on noodles and garden salads that go beyond just lettuce and carrots."

"Also this year, we're working with the locavore movement to support local and regional farmers by offering their veggies, fruit, cheeses and breads."

How rewarding has building The Lunch Lady been?

"Oh my god," Burd replies. "In our society, we measure success with money, but that's not really what motivates me. It's the ability to express myself as an individual in a creative way and really feel like I'm doing something worthwhile."

Advice from The Lunch Lady

Asked what advice she has for fellow entrepreneurs, Burd bubbles with words of wisdom that boil down to these guiding principles:

What ingredients does it take to be a Lunch Lady?

Terry Poulton is a freelance writer in Toronto, Canada.