Budget 2014: What's in Store for Small and Mid-Sized Businesses 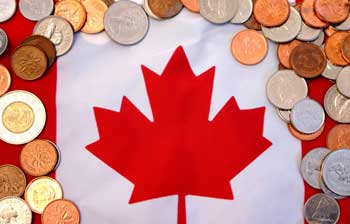 While the Harper Government’s Economic Action Plan 2014 is not introducing any new taxes on small and medium sized businesses, it isn’t providing much in the way of new money.

Very little is changing this year. The small business tax rate of 11 per cent and a taxable income limit of $500,000 remain unchanged since 2008, though the Harper Government estimates this will generate $2.2 billion in tax relief in 2014.

With EI premiums frozen at 2013 levels, and the Lifetime Capital Gains Exemption being raised to $800,000 as announced last year, there is very little to be surprised about.

Here is what small and medium-sized companies can expect from this year's budget.

The focus on this year’s budget has been clear – to develop jobs and grow the Canadian economy.

Despite the Action Plan’s clear statement that small and medium sized businesses are crucial to Canada’s long term prosperity (accounting for roughly 90 per cent of Canada’s employment), there is precious little offered in terms of new tax relief.

Additionally, the Lifetime Capital Gains Exemption is being raised to a limit of $800,000, as promised in last year’s budget.

The government estimates this will provide $660 million to job creators in 2014.

Despite the proud proclamation of MP Jim Flaherty that Canada has led the G7 countries in job creation, a great focus of the budget has been to improve that growth, as unemployment is still high.

So what does the Economic Action Plan offer small and medium sized businesses to combat this issue?

For internships in what the Economic Action Plan calls high-demand fields, the government is dedicating $40 million to create 3,000 full-time internships. $30 million of this amount is being provided to the Industrial Research Assistance Program for internships in small and medium sized enterprises which undertake technical research and development projects. The remaining $10 million will be delivered by Employment and Social Development Canada.

The second program provides $15 million annually to support up to 1,000 internships for recent post-secondary graduates in small and medium sized businesses.

The Canada Accelerator and Incubator Program

This budget will be providing an additional $40 million (on top of the $60 million already planned over five years in 2013) over four years to the Canada Accelerator and Incubator Program, which was launched last year as part of the Venture Capital Plan.

The Economic Action Plan is set to provide a mere $150,000 to increase mentorship among women entrepreneurs. Ironically, the Action Plan states, “Women are significantly under-represented as a proportion of small business owners.”

The Minister of Status of Women will be consulting over the next year as to how to increase the number of women in business.

A significant change in the 2014 Economic Action Plan is the decision to shut down the current Immigrant Investor Program, as well as the Federal Entrepreneur Program, replacing them with alternative programs, the details of which have not been finalized.

The two programs provided ways for high net worth individuals with business expertise to immigrate to Canada through investments in our country.

Noting that economic factors have changed and that the best way to stimulate the economy today is to support early-stage Canadian companies, the Harper government has decided to shut down the program.

Instead, they intend to pilot new programs that will aim to meet three key objectives:

The government intends to return applications and refund associated fees paid by certain federal Immigrant Investor Program and Entrepreneur Program applicants who applied on or before Budget Day.