Who is Really Signing that Contract? 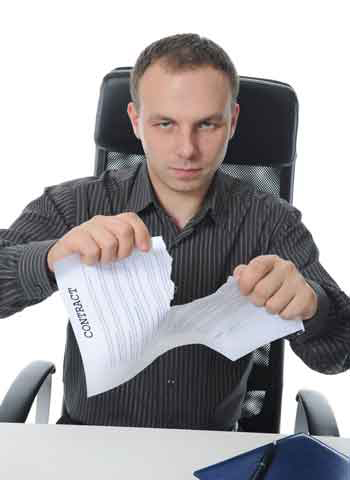 A recent case from the Court of Appeal in British Columbia has highlighted the importance of understanding who the parties signing a contract really are.

In Pageant Media Ltd v Piche, an individual signed a contract on behalf of their company. When the contract was breached, the individual was held personally liable and his company was able to distance themselves from the contract.

The case illustrates the importance of understanding all of the aspects of a contract before you enter into it, including who the parties to the contract are. In this case, Pageant Media Ltd. entered into a contract to provide advertising services in its magazine, “eGaming Review.” The issue in this case was who they signed the contract with.

In the end, Piche was found liable for breach of contract. His argument that he signed the advertising contract on behalf of his employers was not upheld.

Piche placed an order with Pageant Media Ltd. for advertising services in 2008. He provided partial payment for the services on his credit card. The order form stipulated that the advertising package that Piche wanted was the ‘eGaming Review 2008-2009’ package and listed Piche as the primary “contact.” The order form specified that Piche worked for CWC Gaming.

Some payments were made by Piche to Pageant for the advertising services, but a dispute arose regarding the services, and he stopped making payments.

In 2011, Pageant sued Piche for the balance owing. Both parties agreed that the “contract” at issue was the order form submitted by Piche in 2008. However, the parties disagreed over who was liable for the breach of contract.

Piche contended that his company should be held liable for the breach, while Pageant argued that it should be Piche who was liable.

Piche denied personal liability in this case and contended that he had contracted on behalf of his company, CWC Gaming.  The main issue in this case is that Pageant did not know that CWC Gaming was an incorporated entity. If CWC Gaming was simply a sole proprietorship, as Pageant had believed, then Piche would indeed be liable for the breached contract, even if the contract was with CWC Gaming.

However, Piche contended that, even though he never told Pageant that CWC Gaming was an incorporated entity, they should have known that this was the case – and if they had known CWC Gaming was incorporated, it would be clear the contract was with the company and not Piche. Piche was essentially trying to place himself beyond the “corporate veil” – or to use CWC Gaming’s incorporated status to avoid personal liability.

All of the evidence tendered in this case indicated that Pageant did not know that CWC Gaming was an incorporated entity.

The judge noted that “all of the correspondences, invoices and even the defendant’s business cards refer to CWC Gaming S.A. as either CWC Gaming or CWC. The limited corporation designation of S.A. in Costa Rica or the more common North American designations of Ltd. or Inc. are not present.”

After examining cases where parties had no previous dealings with each other, the judge found that the defendants should have advised the plaintiffs that they were dealing with incorporated companies before or at the time the contracts were entered into.

The courts found Piche had a duty to inform Pageant of the incorporated status of CWC Gaming if he intended to rely upon it.

What Can We Learn?

In this case, Piche signed a contract on behalf of his company and they were the entity that was receiving the benefit of the advertising contract. However, because of procedural mistakes, Piche wound up being on the line for breach of contract when all was said and done.

So, What can we learn?

Furthermore, if your company is incorporated, make sure to inform the person you are contracting of this fact.

With every contract, you want to be sure that you know who the parties to the contract are, what is being exchanged between these parties, what the duration of the contract is and what will happen if the contract is breached. Making sure that both parties understand and agree on these factors before entering into an agreement can save you a complicated and expensive legal battle in the future.