How Do People Respond When They Are Bullied? 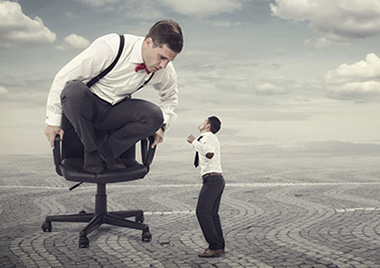 When people are bullied it often takes a while for them to understand what is happening to them.

It is only when they realize that there have been several incidents that they begin to see that something bizarre is occurring and that they are victims. Normally this is an unexpected turn of events and something that the person has never encountered before and they have no idea what to do about it. It may be comforting to know that this is not unusual and that we know a great deal about crisis situations and how people react to them.

When I talk about a crisis here, I mean a situation that is so different from anything you have experienced before that your normal ways of responding aren't adequate.

If you are confronted with a crisis, you may find yourself in a state of turmoil, confusion and distress.  You may experience fear, intense emotions, or anger and be unable to deal with the event.

For our purposes here, we will be using crisis to mean a problem that you cannot handle without the help of someone else.  That is, you need someone to assist you to find a solution. You may not be able to handle it because you have never encountered it before; because you don't have the skills to deal with it; or because you are so upset that you can't see how to apply the skills you already possess.

We know a great deal about crises, what causes them, the stages that people go through, what is normal, what is abnormal and most importantly, how to deal with a crisis when it happens. This has obvious relevance where someone is being bullied.  What I want to do here is to help you understand what happens to you during a crisis. There are four major phases in most crisis situations.

The four phases of a crisis

Shock - This is a period of intense stress since you see the event as presenting some kind of threat.  The situation is overwhelming and you may feel anxious, helpless, and even panicky.  It is natural not to be able to think clearly and to be unable to organize, plan or to understand someone who is trying to reason with you.

Denial - In this phase, your subconscious takes over and tries to block out the threat so that life can go on as if this event had never taken place.  At this point, you are blocking out reality, engaging in wishful thinking, and using the normal defense mechanisms of denial and repression. You may be thinking that this can’t possibly be happening to you, that you must be mistaken in how you are interpreting events. This is particularly dangerous if you are being bullied as it simply delays any actions you may take to defend yourself or to deal with the bullying.

Acknowledgment  - Reality asserts itself during this phase and you face up to what has actually happened.  However, this causes an increase in stress as you now have to confront the truth.  This can lead to feelings of depression, bitterness, mourning, extreme anxiety and even suicide.  It is not unusual to feel completely overwhelmed and to think that there is no way out.

Adaptation - In the final phase you come to grips with what is happening, begin to understand what has happened and why and decide on a course of action to relieve the stress you are feeling.  This may take a long period of time especially if the bullying has been severe and is causing you career, social, marital and financial problems. In other words, the more difficulties you have to deal with, the longer it will take.

There are certain factors that lead to successful coping and others that do not resolve the crisis and only make it worse. How you react to it to the problem determines whether you can handle it easily, or not at all.  The following model shows how this works.

Let’s take two examples and see how this model works.

In both cases Sam and Beth are being bullied at work. First of all, we’ll deal with Sam and see how he fails to cope. We’ll go down the left side of the model for this.

Sam is having a dreadful time at work and comes home and tells his wife about it. But he can’t accept that this is happening to him and denies the reality of what is going on. He tells his wife that he is well respected and valued and that everything will work out in the end. He is in denial and doesn’t accept the reality of the situation. His wife tells him that it is probably his fault anyway because he is such a perfectionist and hard to get along with. She is no help to him and doesn’t understand or support him during the bullying. Sam has no idea about what to do or how to cope so he just continues to go to work, take the abuse and gets more and more depressed. He doesn’t take any action other than to argue more and more loudly as the bullying escalates. The problems continue, the attacks come more often and Sam gets more and more upset and finally resigns from the company.

Now let’s go down the right side of the model with Beth and see how she deals successfully with the bullying. Like Sam, she is bullied at work and can’t believe that this is happening to her. Initially she is in shock but quickly realizes that she is indeed being bullied and although it may be unfair and unwarranted, that is what is happening. So she has passed through the stage of shock, but is not in denial. She tells her husband about it, speaks to her best friends and co-workers. They are sympathetic and assure her that she is not to blame and that they believe in her. In other words, she has a group of people who support her, but she doesn’t yet know what to do about it.

Beth embarks on a process to find out as much as she can about bullying, why it happens and what bullies are like. She reads about other people who have been bullied and finds out how they handled the situation. She also consults her lawyer. By doing this, Beth learns new coping skills. She develops a plan of action, changes what she is doing, how she is reacting and puts the plan into play. Eventually she resolves the problem and she is no longer bullied.

Now please note that I didn’t say what she did or how long it took her to do it. All of that will depend on what kind of bullying she is getting and what she does about it.

John Towler is the author of How to Cope with Workplace Bullying which can be purchased online here. Dr. Towler is a Senior Partner with Creative Organizational Design, a management consulting firm that specializes in employee testing and surveys. The firm has a test for everything and can test for salespeople, preselection, customer service, management skills etc. They design, administer and score a variety of surveys including attitude, customer service, marketing and web site popularity. Please send comments to Dr. Towler at jotowler@gmail.com. For more information call (519) 745 0142 or visit their web site at www.creativeorgdesign.com. You can also connect with John on Google+.