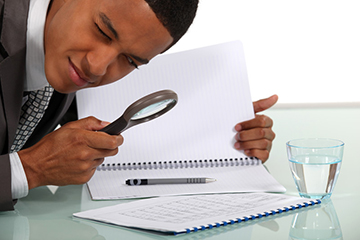 A recent Ontario Superior Court decision affirmed what, for many, is an unintuitive principal: "Just because you agreed to a contract, doesn't mean you are bound by it."

The case Logikor v Bessey Tools dealt with a contract that was so poorly made, it was found to be entirely unenforceable. The case is a good reminder to give your contracts careful thought. It provides an opportunity to look at some common flaws that people make when entering business agreements.

In this case, two old friends were involved with companies that did business together: Darryl King, the president of Logikor; and Mark Morrison, the supply chain manager for Bessey Canada.

Darryl drafted a contract that he and Mark signed. The contract supposedly gave Logikor the exclusive right in all transportation and logistics management services required by Bessey Canada and all of its sibling companies, some of which were doing business in the U.S.

Mark Morrison proceeded to sue three separate corporations under which Bessey did business (both in Canada and in the US). What resulted was a messy piece of litigation and a nine-day trial which, no doubt, cost both sides tremendous amounts of money.

Eventually, the court came to the conclusion that there was no legal contract between Mark and Derryn. Despite how messy the facts in this case were, the conclusion actually rests on some very basic legal principles which every business owner should understand.

What Can We Learn?

The court refused to accept the contract that Darryl and Mark signed for a number of reasons. Any one of these reasons in and of itself may not have been enough to make the contract invalid, but together, they proved fatal.

Mark Morrison did not have the authority to sign a contract that bound all of the corporate defendants Darryl named in his action. The contract was purported to be with "Bessey Tools North America," even though this was not an actual corporate entity. Furthermore, it is clear that Mark Morrison never had the authority to sign contracts on behalf of the corporation he did work for, nor for the other corporations that were named in the suit.

The take-away here is two-fold: first, when you are signing a contract with someone from another company, make sure they have the authority to sign contracts for that corporation and second, ensure that the contract is with a legal entity that actually exists, rather than simply with a name the company does business under.

Meeting of the Minds

In any commercial contract there must be a meeting of the minds (a "consensus ad idem") on the three "p"s: the parties, the period, and the price.

In the contract in question, there was no agreement as to the length of the contract. As we have already noted, the parties to the contract were not certain either.

Most importantly, the contract lacked any stipulation as to price. The judgment states that, "when reading a commercial contract, the reader must be able to ascertain what is going to be charged… there must be a specific price or a specific pricing formula… and both sides must know what it is."

In order for a contract to be valid, both sides must receive some benefit, or "consideration." This is why you will often see contracts that are granted in return for a nominal sum of money. People do this to be sure that the courts will enforce their contract. In this case, the "contract" simply stipulated terms of a purported working relationship, but did not specifically grant a benefit to either side. In and of itself, this is reason for the contract to fail.

The contra proferentum principle, also known as "interpretation against the draftsman," is a technique of contractual interpretation that the court will sometimes use to "fill in the blanks" on an ambiguous contract. One such circumstance is when the person who drafted the contract did so with no input from the person signing it, which is what happened in this case.

There was a tremendous deal of uncertainty with the contract at issue in this case. If the contract had been upheld, any ambiguity would have been interpreted so as to give the person signing the contract the "benefit of the doubt."

In other words, if there are two possible interpretations of a clause, the contra proferentum principle will lead the court to choose the one that most benefits the person signing the contract rather than the person who drafted it.

Another circumstance in which the court will use the contra proferentum rule is when there is an inequality of bargaining power between the two parties. For example, an ambiguous cell phone contract would be interpreted so as to benefit the customer rather than the provider.

Finally, try to be as specific as possible when drafting your contract so that there will be a minimal amount of ambiguity for the court to try and fill in if the contract is indeed litigated.

Beware, if you are the one drafting the contract; if you have a stronger bargaining position or have no input from the person signing the contract, the court may use the contra proferentum rule to interpret the ambiguities in the contract against you.