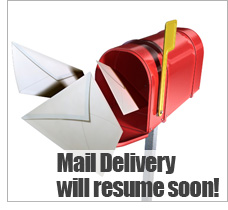 On Saturday evening MPs voted 158-113 to send Canada Post workers back on the job.

Liberal MPs helped pass Bill C-6 when they added their support to the legislation, an action that thwarted Jack Layton's attempts to further delay passing of the bill.

“While the Conservatives and NDP are locked in a stubborn ideological debate, Canadians want to know when they can expect their mail,” said Liberal Leader Bob Rae in a press release on the Liberal website. “The sterile and hopelessly polarized debate between left and right cannot go on forever. It’s time for parliamentarians to put an end to this shambolic debate and find a solution to the impasse.”

With the passing of Bill C-6, the legislation now moves to the Senate, which has been called to sit on Sunday. Senate leaders have been negotiating in advance, so the bill will likely pass through Senate in a single sitting (one day) and into law.

Canadians can expect to see mail delivery resume 24 hours after the bill receives Royal Assent, something small business owners will be relieved to hear.

"This will be a big relief for many small businesses in Canada," says King. "In a monopoly with no competition, the right to strike and participate in collective bargaining needs to be balanced against the needs of all Canadians."

While there has been a lot of attention on the lower wage increases in the legislation put forward by the Conservative government than what was offered by Canada Post, which package the workers receive will ultimately be decided by an independent arbitrator, whose decision will be binding.

CanadaOne will keep small businesses updated on the status of this legislation and the resumption of mail delivery as the process unfolds.