Fraser Institute Study: Can Canada Prosper Without A Prosperous Ontario? 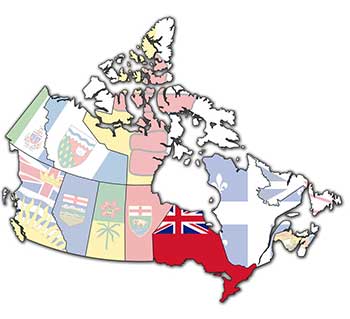 Ontario has moved from being an economic powerhouse to a “have-not” province, says a study released this morning from the Fraser Institute. The study states that since 2000, Ontario has recorded the third lowest rate of private sector job creation in Canada. It warns that what happens in Ontario influences all of Canada’s economy.

The study released this morning from the Fraser Institute, an independent Canadian public-policy think-tank, takes a hard look at the current economic crisis in Ontario.

“Can Canada Prosper Without a Prosperous Ontario?” by Livio Di Matteo, Jason Clemens and Milagros Palacios, says yes it can but would do much better if Ontario’s crisis was addressed.

In referencing Canada’s handling of the recent recession, the study states:

“As much as Canada boasts of weathering the post 2008/09 financial crisis in reasonably good economic shape compared  to other G-7 countries, it could have performed even better with a more buoyant and productive Ontario. There is a difference between being mediocre and being excellent.”

Some Statistics from “Can Canada Prosper Without a Prosperous Ontario?”

What is to Blame?

Ontario’s economy has been highly influenced by trade with the United States. According to the study, this is particularly true in industries such as manufacturing (particularly wood and auto), forestry and logging.

“During the 1990s, Ontario generated nearly half of Canada’s exports,” according to the study, with nearly 80 per cent going to the United States.

These are industries which benefit from a low dollar and a strong American economy. This, of course, changed during the recession of the late 2000’s.

According to the study, that combined with the higher cost of electricity due to ‘green’ initiatives and the government’s focus on intervention through public sector job creation, rather than maintaining Ontario’s economic independence, have been major factors leading to Ontario’s current state.

Why Does Ontario Matter to the Rest of Canada?

The study reminds us that, “Ontario has been the keystone of the Canadian economy since the Confederation.” Indeed, of the 10 provinces, Ontario has the largest population, the largest urban centre and the highest economic output.

“A report by the Ontario Chamber of Commerce noted that Ontario has historically supported the rest of the country via federal transfers and programs fueled by its wealth but has fallen on hard times and needs to retool its economy,” the study says.

What Should be Done About It?

Unfortunately, the study does not offer much in the way of solutions, except suggesting Ontario should try to take greater advantage of its forestry and mining industries to match the resource industries of other provinces, such as oil and natural gas.

The study also cautions that government support and public sector job creation is a band aid, rather than a long term solution.