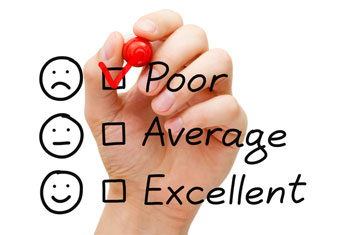 A recent survey suggests the majority of small Canadian businesses are not prepared to comply to Canada's new anti-spam legislation.

The survey, ran by the online marketing company Constant Contact, suggests less than half of Canadian small businesses fully understand the legislation, with only a third aware of the penalties. With potential fines in the millions of dollars for even small businesses, the lack of understanding from business owners is shocking.

It would stand to reason that any business which fully comprehends the seriousness of the legislation would recognize that compliance is not optional. Yet, of the 500 Canadian small businesses surveyed, less than one third showed concern to finding the time and resources to dedicate towards becoming compliant before the July 1 deadline.

A whopping 50 per cent of the interviewed businesses were split between not yet having plans to prepare or choosing not to make any preparations at all.

"The relative inaction on the part of small businesses, and their uncertainty about what needs to be done, underscores the need for CASL education," said Guy Steeves, regional director for Canada West at Constant Contact.

Canada's Anti-Spam Legislation (CASL) reaches beyond what we often think of as email marketing. The legislation affects all forms of commercial electronic communication. It is possible for businesses to mistakenly believe themselves outside the legislation's jurisdiction.

When asked their top concerns regarding CASL, the top response from small businesses was, "Feeling uncertain about what needs to be done to comply." For those businesses which had begun CASL preparations before the legislation took affect July 1st, more time was spent on educating themselves on the regulations than reviewing their contact lists for consent.

"…It's clear that small businesses are behind the curve when it comes to fully understanding the new legislation and what steps they need to take to be compliant," said Lisa Kember, regional director for Canada East at Constant Contact.

What are Canadian small businesses to do?

It seems not enough has been done to emphasize the immediate importance of this legislation and the consequences for non-compliance. Making your business CASL compliant takes time, and can be trickier now that the legislation is in effect.

View our series on CASL by clicking here.