CASL: What is Canadas Anti-Spam Legislation? 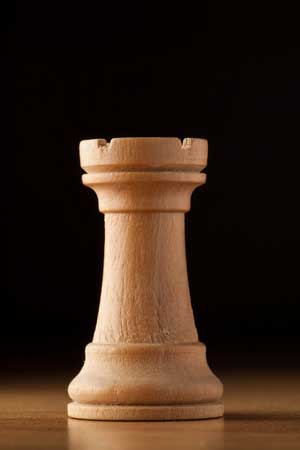 Make no mistake, this legislation will affect almost all Canadian businesses. In a series of articles, we will be breaking down what CASL is, what kinds of penalities you could face, and how to best protect your business and comply with the legislation.

First, what is CASL?

More subtly, the law also impacts things like the way software is installed and updated on computers, in an effort to curb the distribution of malware and spyware.

Most businesses understand that once the new law takes effect, they will need to change the way they collect and communicate electronically.

There are two aspects to CASL. The first has to do with electronic messaging, the second is software. In this article, we will address the first. (It should be noted, however, that software designers need to pay special attention to the changes taking place, as this law dramatically changes the way “additional” software can be installed on a computer.)

A commercial electronic message is a message sent by any means of telecommunication, including a text, sound, voice or image message.

As a result, CASL will impact the way you:

In addition to the legislation itself, CASL also includes amendments to four other pieces of federal legislation: Personal Information Protection and Electronic Documents Act (PIPEDA), the Competition Act, the Telecommunications Act and the Canadian Radio-Television and Telecommunications Commission Act (CRTC).

Explicit consent: The heart of CASL

The biggest impact CASL will have on Canadian businesses is the new requirement that, for everyone outside of your existing customer base and a few other limited contact types, you must now get explicit consent before you can send a commercial message to an electronic address.

Simply put: Unless you have done business with an individual or organization, expect that you will be required to get explicit consent under CASL.

There is a critical difference between the opt-in and opt-out approach: under CASL, opt-in is the only acceptable approach.

Above is an example of opt-in. The checkboxes are unchecked by default, which means the user needs to choose to accept the additional changes to their software. If they were pre-checked, the options would be considered opt-out and would violate the terms of CASL.The same principles apply to signing up for newsletters and agreeing to electronic communication.

Explicit consent is forever, unless and until the other party choses to withdraw. Once they communicate the request to end such communication, all consent is withdrawn. In that respect, you must provide a way for people to easily remove consent, such as an unsubscribe button, in every message you send.

Existing non-business relationships. This term is confusing because it could be interpreted to mean that there are situations where businesses may be able to send electronic commercial messages to people with whom they have no business relationship. This is not correct.

A non-business relationship exists in cases where:

When someone publishes an electronic address in a publication and does not include a statement notifying readers that the person does not wish to receive commercial electronic messages at that address, this is deemed to be conspicuous publication, which means that implied consent is granted.

For more information on consent, visit this section of the Justice Laws Website (Government of Canada).

Now that we know the basics of CASL, what should businesses do? How should companies handle unsubscribe requests? What are the fines for failing to comply? What civil actions can be taken by individuals against companies who do not comply?

In coming articles we will take a look at fines and penalities, the three-year transitional period and what that means for your business, your compliance check-list, advice from experts and more.

Next CASL Article: Penalties, Timelines and Opting-Out
Also see What Does A Casl Compliant Email Look Like?