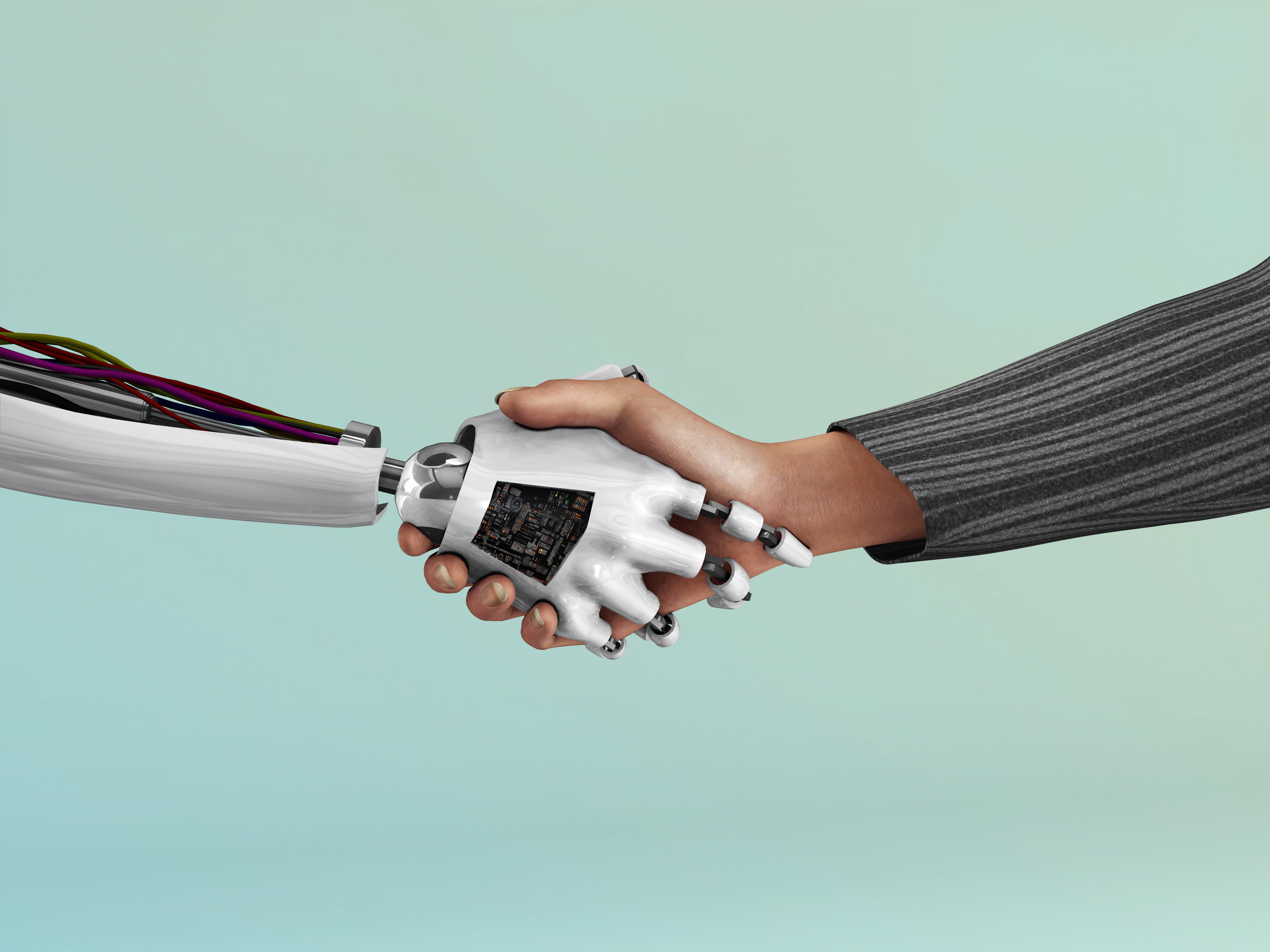 Since the innovator Bill Gates has proposed a tax on robots that will affect the industry he helped create we should seriously consider his idea. This article will propose a new tax on robots. Discussions with industry should occur before any tax changes are finalized and businesses should be given a long lead time so they can plan for any new taxes.

Robots are replacing jobs1. Yuval Noah Harari’s excellent (and somewhat terrifying) book Homo Deus- A Brief History of Tomorrow argues that even high-skilled jobs like doctors and creative jobs like artists are at risk of being replaced by computer algorithms.

Jobs are essential for providing meaning in our lives in addition to providing income. Hence government should do more to encourage jobs.

Given the current complexity of Canadian tax law2, I suggest:

By replacing one tax with another (arguably) Canadian tax law will not grow more complex and the new tax can be revenue neutral (i.e., it should not grow the government). I suggest this tax only apply to robots used by large for-profit businesses (i.e., it would not apply to personal purchases).

Some will argue that Canada should not act unilaterally; after all (as far as I know) no other country has a robot tax. I think Canada is strong enough to lead on important issues. Canada can then try to convince others to follow. What’s more important than encouraging jobs? Also by eliminating payroll tax (which other countries also levy) this would lower costs in Canada compared to other countries. Larger businesses with more employees would benefit significantly from not having to pay Canadian payroll tax.

Since employers should be encouraged to hire workers they should not be taxed when they do so. Currently all employers (large and small) must pay Canada Pension Plan (CPP) and Employment Insurance (EI) premiums each year to the federal government. Even small employers like an individual who hires a nanny to watch his/her children are typically subject to payroll tax on their personal payments to the nanny (often considered an employee under Canadian tax law).

Employers do not get a CPP pension and do not get EI so the payments made by the employer are a (payroll) tax. I suggest payroll tax be eliminated and replaced with a tax on robots. CPP and EI should remain and employees should still pay their premiums since they will eventually get the CPP pension when they retire and they can get EI if they lose their job3.

Attempting to tax robots that replace human jobs will inevitably catch capital investment such as equipment that does not replace jobs4. I suggest a broad definition of robot for purposes of this new robot tax to ensure that all robots are subject to taxation. The difficulty of precisely defining a robot should not stop governments from implementing the tax for the following reasons:

I suggest taxing all robots; i.e., machines “…capable of carrying out a complex series of actions automatically.”5 By taxing all equipment with a central processing unit (CPU); i.e., “the electronic circuitry within a computer that carries out the instructions of a computer program…”6

I suggest the following initial annual tax rates (which can be adjusted over time if needed):

Current financial accounting rules differentiate between capital items (that have lasting value) and current expenses that provide value in the current period only and all companies already track these expenses for financial accounting and income tax purposes; hence, this new tax should be easy to comply with. The original capital cost will not change (unless there is a significant modification/addition to the robot); i.e., amortization or asset write downs will not affect the original capital cost. Hence it will be easy to compute this new tax (i.e., look at the invoice price). It will also be easy to audit this new tax.

Robots can be used for multiple years and the capital cost of all robots used at any time in the calendar year will be subject to the 1% tax. When the robot is sold, idled or scrapped then the 1% tax will end starting in the next calendar year. Accordingly, if a robot costs $10M and is used for 7 and ½ years, then ignoring the exemption discussed below, the taxpayer will pay $100,000 in robot tax each year for 8 years (i.e., $10M x 1%).

Any repairs and maintenance expense related to the robot(s) incurred in the calendar year will be subject to the 5% tax. If there are no such expenses then the amount of tax, for these expenses, would be $0 for that year. Since the robot will likely be used for multiple years the tax rate on the capital cost must be lower than the tax rate on annual maintenance and repairs.

Given that lots of equipment may have a CPU and not replace a human, for example a desktop computer, and given the fact that small business are already struggling with tax compliance (both the paperwork and the taxes payable) there should be an annual exemption of at least $2M. Hence, I suggest this new robot tax only apply to taxpayers with robots with an original capital cost of more than $2M. Hence, small businesses with robots with a total cost of $2M or less should not pay any tax and should not have to file any tax forms for this new robot tax.

For example: It is now 2022 and a taxpayer, who purchased a robot in 2020 with an original capital cost of $5M, incurred an annual maintenance and repairs expense related to its robots of $40,000 in 2022. This taxpayer would pay the following robot tax in 2022:

This new robot tax should be computed on a calendar year basis, just like payroll tax, and the reporting form and taxes owing should be due by March 31st of the following year. The form should be only 1 page long and taxpayers that do not owe any robot tax should not need to file the form (unless they receive a demand to file from the government).

Any robot tax paid should be deductible to the taxpayer for income tax purposes, just like current payroll tax expense is deductible. The original capital cost of the robot and the repairs and maintenance expense should exclude GST/HST so that there is no tax on top of a tax.

By eliminating the existing federal payroll tax (i.e., the employer’s portion of CPP and EI) this new robot tax should be revenue neutral and hence should not disrupt Canadian competiveness. If this is not the case, i.e., if companies leave Canada to avoid this robot tax then we should consider import duties equal to the estimated robot tax from imports from countries that do not have a similar robot tax.

Since I suggest this new tax only apply to for-profit businesses and given that not-for-profits typically do not pay income tax, the government may wish to eliminate the charitable donation deduction for corporations and the charitable donation tax credit for individuals since not-for-profits would greatly benefit by not having to pay payroll tax (and they would not pay any robot tax). While registered charities would no doubt hate this suggestion (since it would reduce their donation receipts), it would greatly simplify our income tax system and reduce tax fraud related to charities.

Quarterly or monthly instalments could also be required for this new robot tax to avoid a large lump sum tax bill each year.

Jobs are good and should be encouraged by governments by eliminating payroll tax. Robots and technology are also good, however, someone has to pay tax and it’s better to tax robots than payroll; hence I agree with Bill Gates that we need a robot tax. I suggest Canada tax robots used by large for-profit businesses at the following annual tax rates: 1% x original capital cost of robot(s); plus 5% x repairs and maintenance expense of robot(s).

2 See Insights into Canadian Tax Complexity for more information on the complex web of taxes that Canadians pay. This free ebook is available at: canadaone.com.

3 Employers would still need to withhold CPP, EI and income tax from their employees’ pay and remit this to the government. Employers would also need to keep filing their T4 payroll slips but they would no longer pay any CPP or EI themselves.