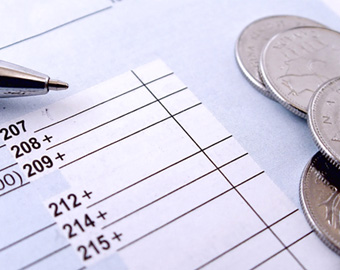 With our 2019 federal election in full swing it is clear that none of the major parties are interested in simplifying our tax system. The biggest problem with our tax system is complexity and yet the parties are all proposing complex new tax credits to win votes.

This article contains suggestions to simplify and improve our tax system. Hopefully our political leaders will wake up to the fact that our tax system is too complicated and needs to be simplified.

Instead of proposing new tax credits, a real leader would eliminate most personal tax credits. In order to be revenue neutral (which is important) we could dramatically increase the basic personal amount tax credit [Income Tax Act (ITA) s. 118(1)(c)]. A revised Schedule 1, from the 2018 T1 Personal Tax Return, is below showing the results of this change with the basic personal amount tax credit increased from $12,069 (in 2019) to $25,000.

Removing credits is controversial and obviously there will be complaints. However, if the change is revenue neutral then complaints can be neutralized. For example, if you eliminate the spousal credit [ITA s. 118(1)(a)] some will say, “You are making married people pay more tax”. However, why should a married person pay less tax than a widow?

If the disability tax credit [ITA s. 118.3] is removed people will say, “You are harming the disabled”. However, tax credits currently only help taxpayers with more than $12,069 (in 2019) of income. Very low-income disabled people do not pay income tax and do not benefit from this credit. The tax system should not be used to help people; the tax system should collect taxes in a fair and simple manner.

Government funds, programs, and laws should be used to help people. Directly giving government funds to low-income disabled people will help them much more than a tax credit. Also, medical professionals’ time is wasted filling out tax forms. Doctors should focus on patients’ health not on getting tax credits for patients.

Similar logic can be used for most other tax credits; they should be eliminated to simplify the system. The one tax credit that all taxpayers get, the basic personal amount tax credit, should be increased (to a round number) in a revenue neutral fashion.

The following would also simplify our tax system:

(1) Annual indexing for inflation should be eliminated and replaced with increases to tax brackets and the basic personal amount tax credit approximately every 5 years to account for inflation. This way round numbers can always be used and inflation can be taken into account periodically; and

(2) The year can be left blank on the tax form(s) so that tax forms can be used for multiple years. This can only work if annual indexing is eliminated and it allows for less waste of paper (and less ink and less delivery costs) since the forms will remain current for approximately 5 years. While most taxpayers use computer software, some, including many low-income taxpayers, still use paper forms and these forms should be simplified.

Most Canadian corporations effectively pay a 15% federal corporate income tax. They pay a 38% federal tax, then get a 10% federal rate abatement and a 13% general rate reduction (or 13% M&P) tax credit which lowers the rate down to 15%. We should eliminate the abatement and tax credits and just lower the 38% federal corporate rate to 15%. This will both simplify the T2 Corporate Tax Return and make us more competitive versus the U.S (without much loss in tax revenue).

This tax credit should be eliminated since it rewards “smallness” and is not fair. It is not fair to lower the federal corporate tax on up to $500k of business income earned by CCPCs to 9% and charge even smaller businesses earning just over $210k (in 2019) as a sole-proprietorship a 33% federal personal tax rate.

The 2018 federal budget added complexity by reducing this tax credit for CCPC’s with passive income above $50k. It is simpler and fairer to just remove the credit.

When businesses lose money they don’t pay income tax. All employers must always pay payroll tax. Why are we taxing employers for hiring people and paying salaries?

When people complain about removing the small business deduction we can counter by saying, “We’re eliminating payroll tax, which is even better for jobs.”

Where to Increase Funds to Balance the Budget

To raise additional revenue we should start taxing robots. Robots are taking Canadian jobs and there are no payroll taxes on robots. Why should businesses be rewarded (with less payroll tax) when they fire employees and replace them with robots?

Schedule 1 (Federal Tax) which in 2018 was 61 lines and complex will simplify to the following 17 line schedule with these suggested changes:

Note: current tax rates and the 2018 T1 Schedule 1 has been used but the following has changed:

Tax brackets have been changed to round numbers. Most tax credits have been eliminated and replaced with 1 much larger basic personal amount tax credit of $25,000.

If we want to provide a tax advantage to Canadian dividends then we should only include a portion of the dividend in income similar to capital gains, e.g., ½ taxable.

The alternate minimum tax should also be eliminated due to complexity (and limited applicability) and hence it is also removed.

CPP and EI paid by taxpayers should be allowed as a deduction from income and should not be a tax credit.